The latest Annual Awarding Ceremony TOP-5 AUTO 2016 took place on May 25 in G.GRAF restaurant, Moscow, Russia. For the fourth time in a row the most reputable Russian automotive journalists (currently the jury of the award includes 43 members) from various media got together in order to express the consolidated independent opinion about newcomer-models and the most influential persons in automotive field in Russia. At first experts evaluated all new models that were launched onto the Russian market in 2015 choosing the most worthy according to five key criteria: price – quality ratio, styling, technical innovations, comfort and usability. Then the members of jury voted for winners filling in special bulletins. All bulletins were sent by the members of jury directly to the vote counter of the award, international auditing company KPMG.

In a special category AUTOPERSON OF THE YEAR the contestants were determined traditionally based on mediamonitoring data of over 200 National and regional media-outlets conducted by TNS Russia on key figures  from Russian automotive business, politicians, public characters, sportsmen, journalists.

In COMPACT CITY CAR nomination the Lada Vesta has been acknowledged as the best one.

In LARGE AND EXECUTIVE CITY CAR category the winner is the new Škoda Superb.

In COMPACT CROSSOVER / OFFROADER AND SUV nomination the 3rd generation Hyundai Tucson has been picked as the best one.

In LARGE CROSSOVER / OFFROADER category the competition is won by Volvo XC90.

In SPORTS CAR / COUPE / ROADSTER / CABRIO nomination the all-wheel drive Jaguar F-Type has been acknowledged as the best one.

In a special nomination LIGHT COMMERCIAL VEHICLE / PICKUP the new GAZelle Next van has been honored with the award.

In a special nomination BEST PR-DEPARTMENT OF A CAR MANUFACTURER the winner is Jaguar Land Rover Russia. In this category the members of jury evaluated the expertise and skills of press officers of automotive companies to build a day-to-day and efficient communication between car manufacturers and journalists.

In another special category AUTOPERSON OF THE YEAR, the award in which is presented for outstanding achievements in Russian automotive field, the competition has been won by a racer, Toro Rosso Formula 1 team pilot Mr. Daniil Kvyat.

The chairman of TOP-5 AUTO jury, radio “Strana” editor-in-chief Mr. Anton Chuykin says: “Of course, each member of jury  supports his or her favourites, wishing the victory to the nominees, for which he or she has voted. Summing up the ratings of all 40 experts, we are observing, how personal opinions of every member of jury transform into one true-to-life result of everyone. Even if there are only five of my personal favourites among winners-2016 (you can check it out at the award Internet-site where not only the results will be posted but also filled-in bulletins of every judge), I’m absolutely agree with the expert majoruty and from the bottom of my heart I congratulate all the owners of TOP-5 golden stars!”

The official partner of the fourth ceremony of National Award of Automotive Business Experts TOP-5 AUTO is the legendary Swiss watches brand ORIS.

The musical acts A la Ru and 69FM have performed during the ceremony. 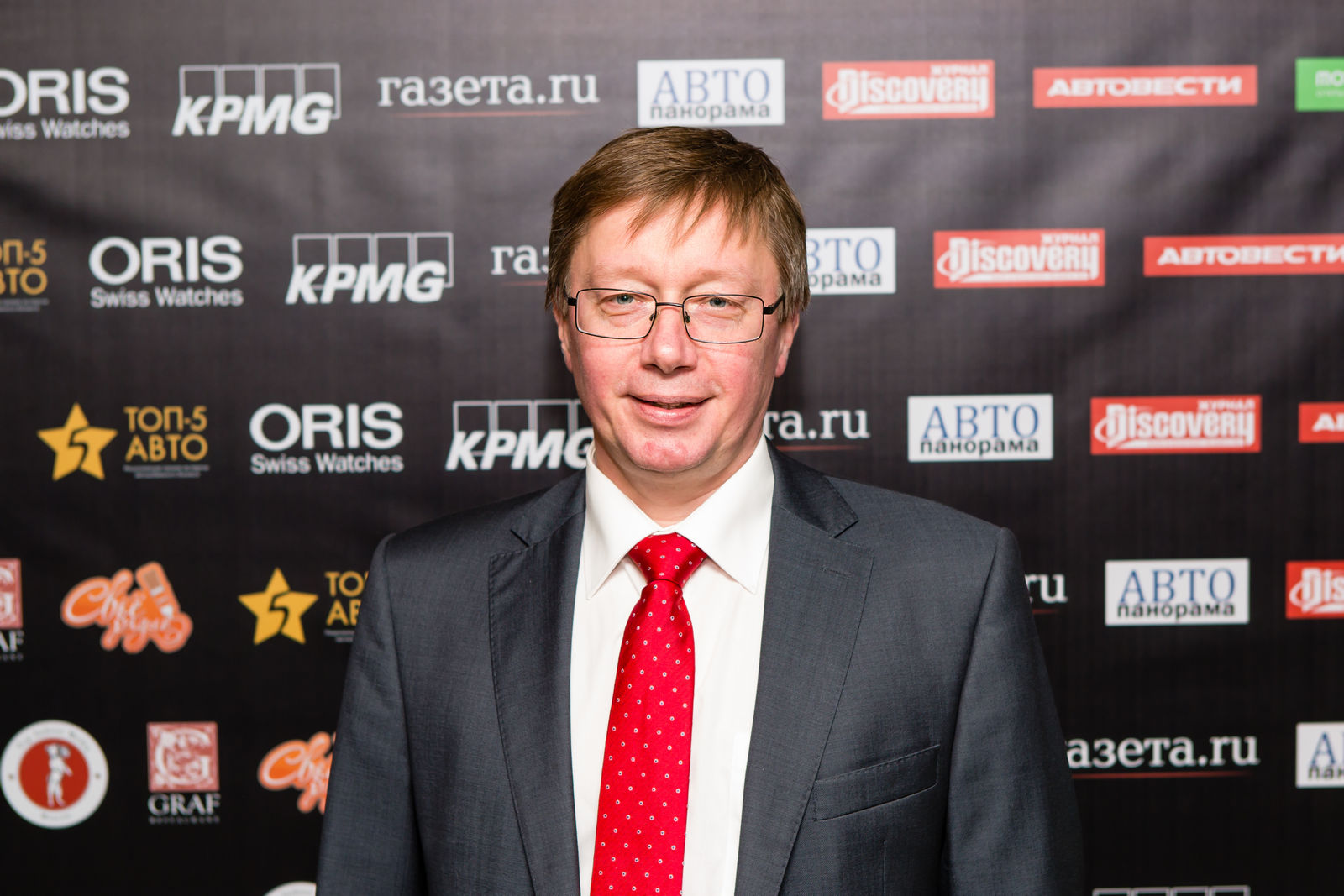 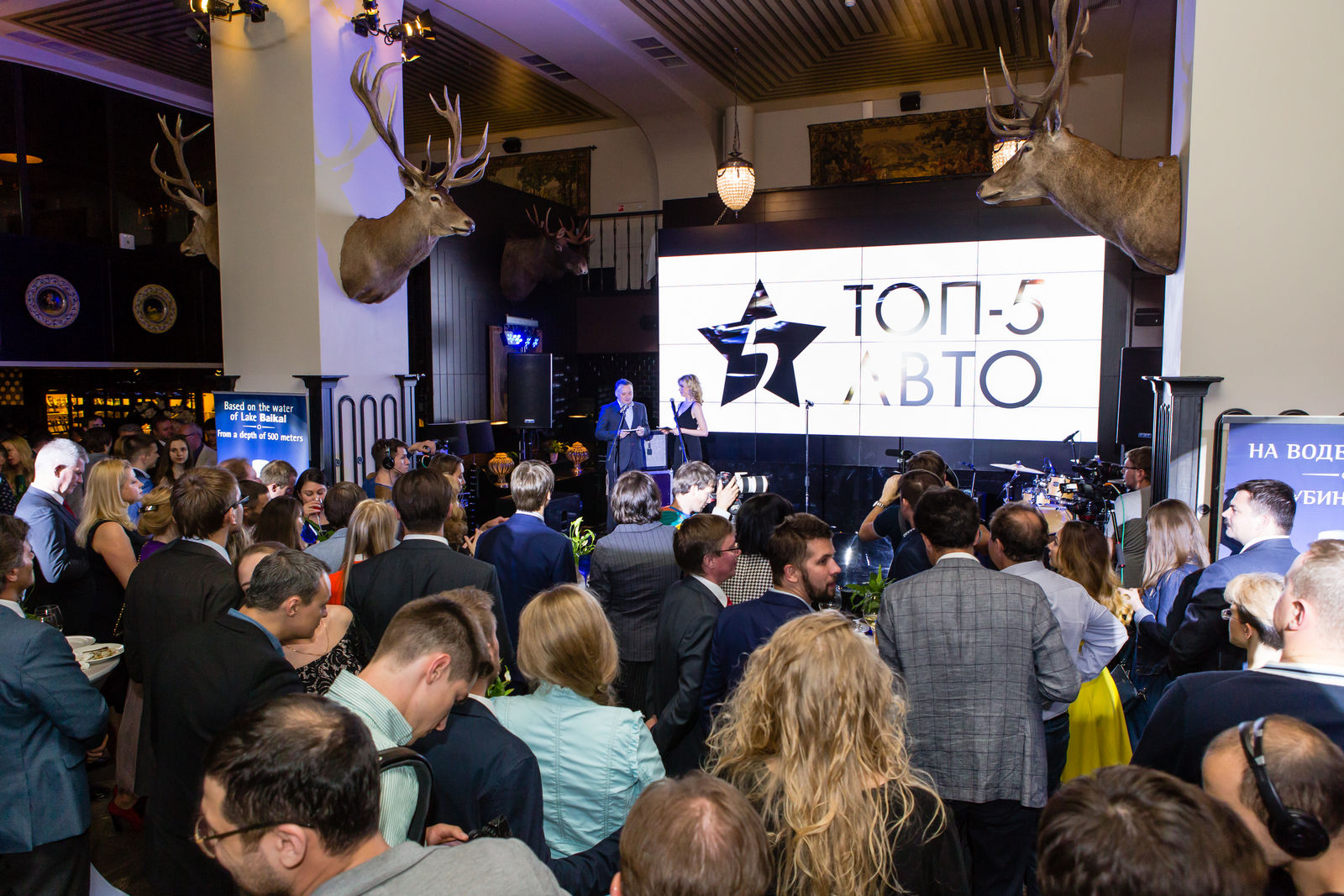 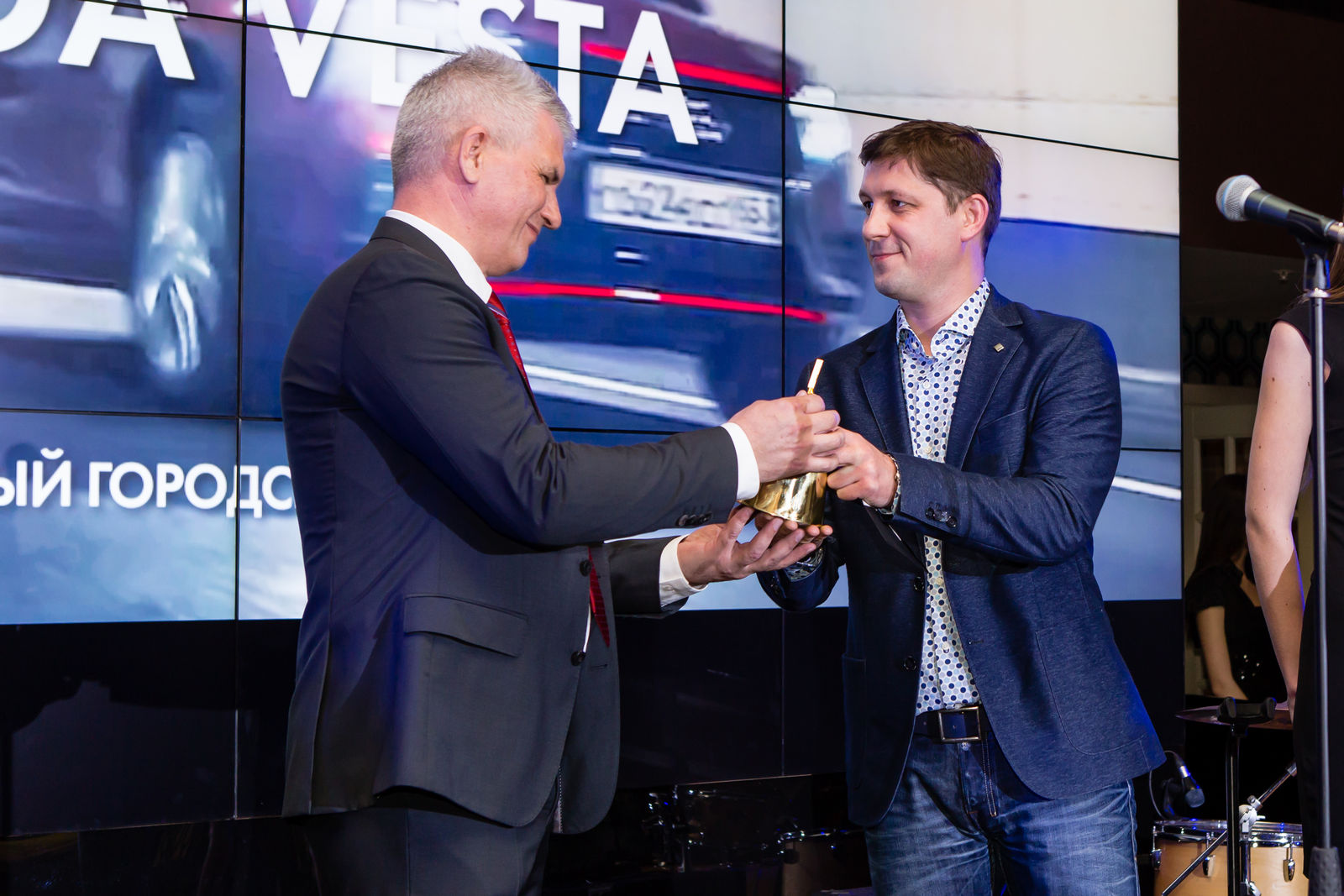 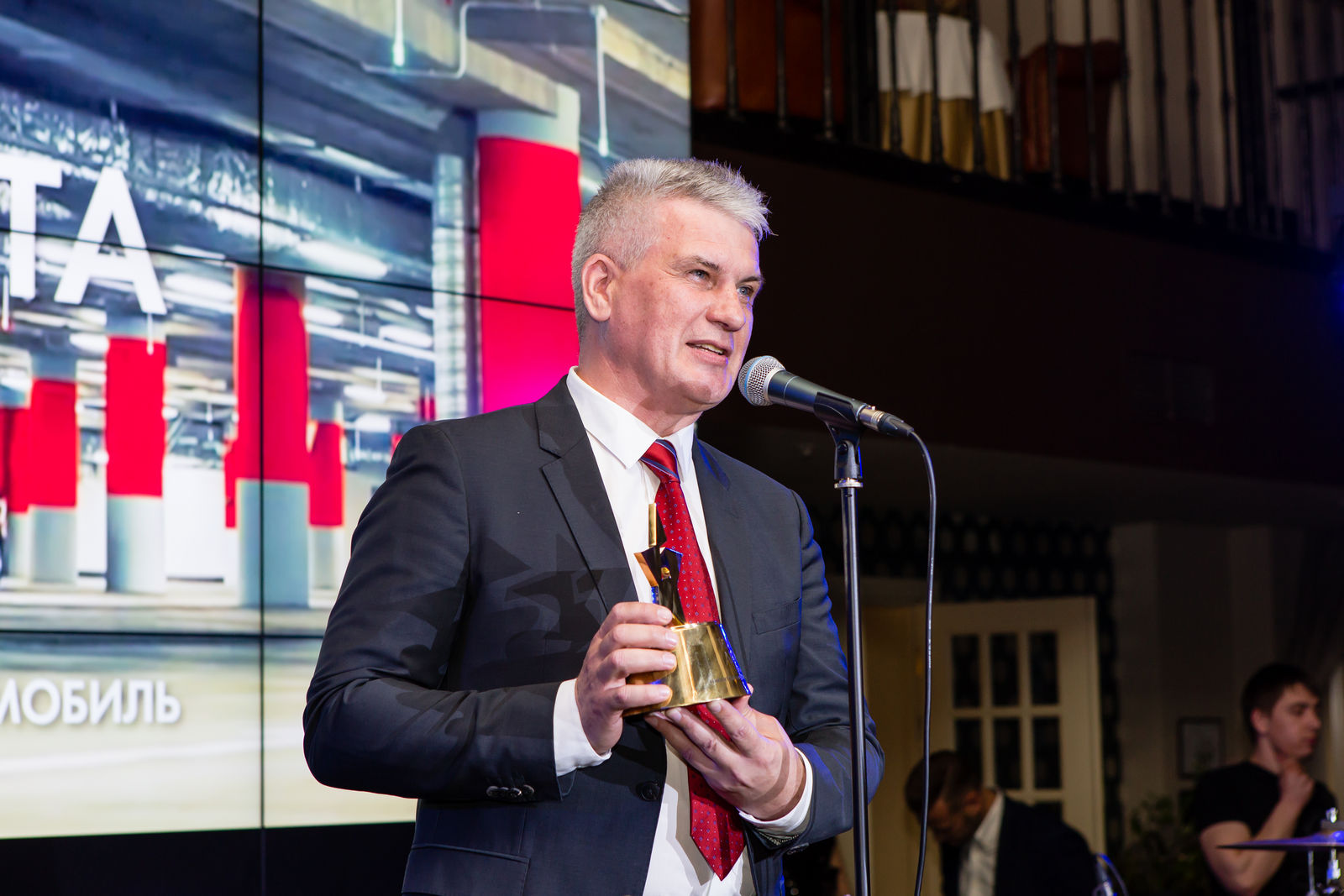 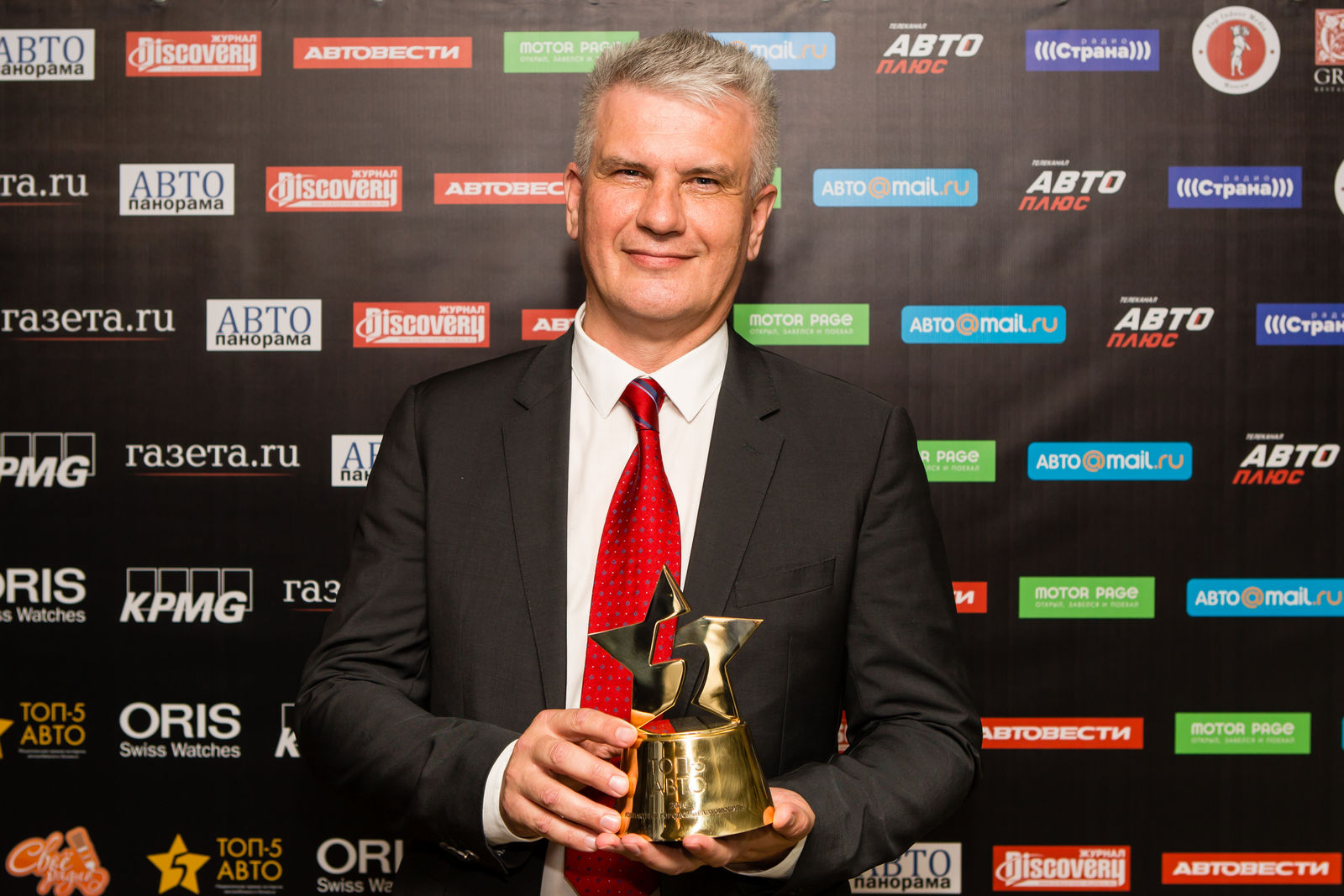 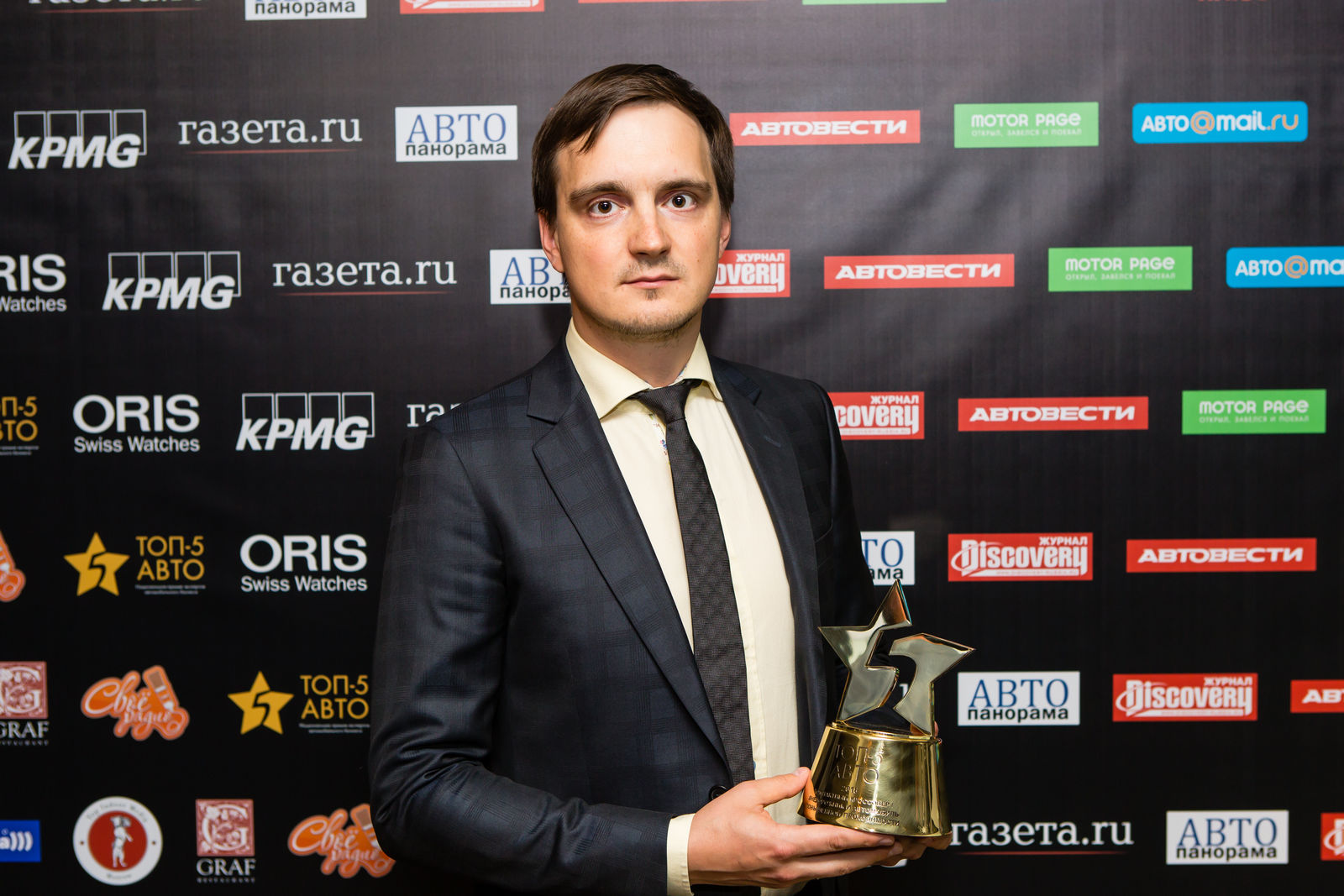 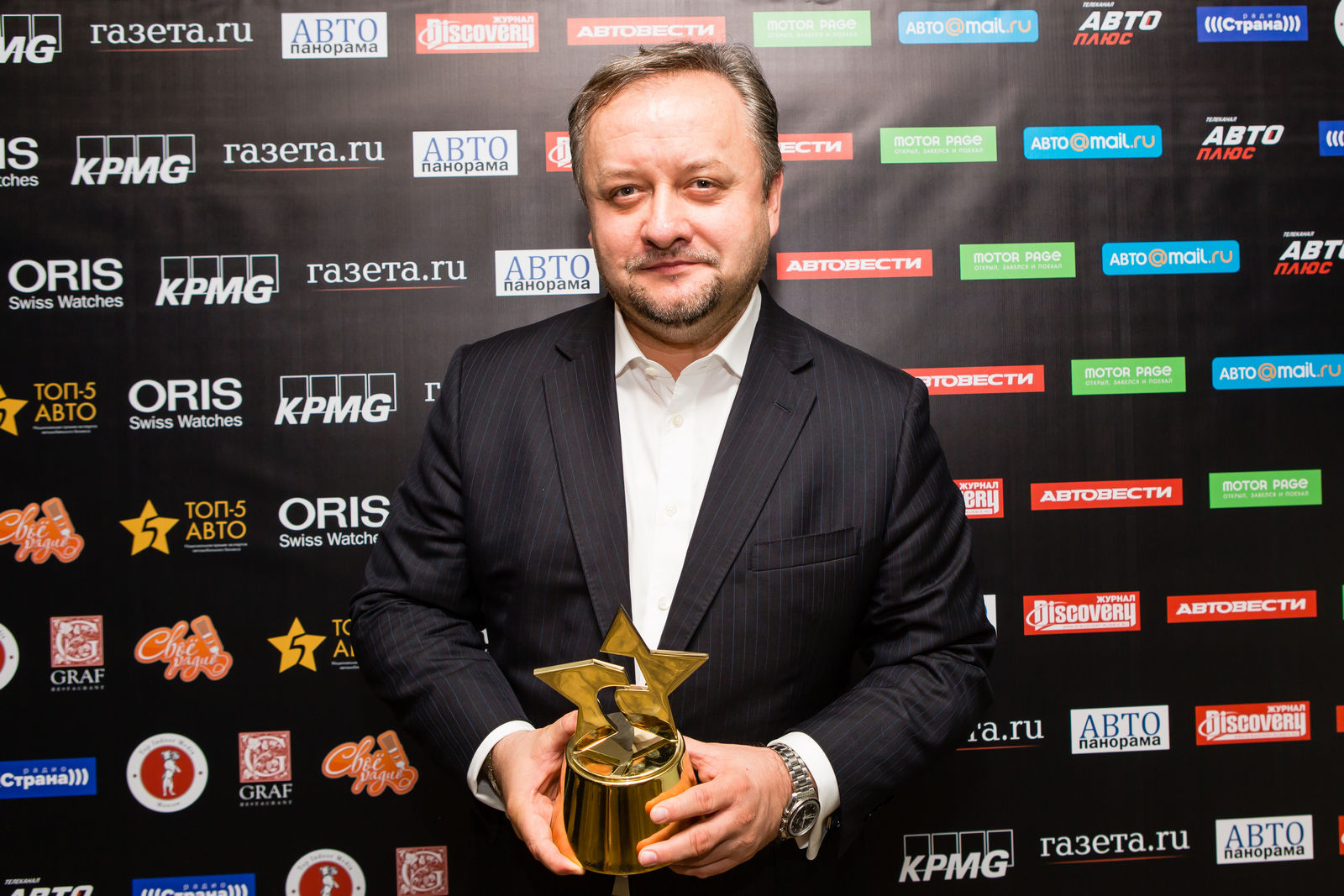 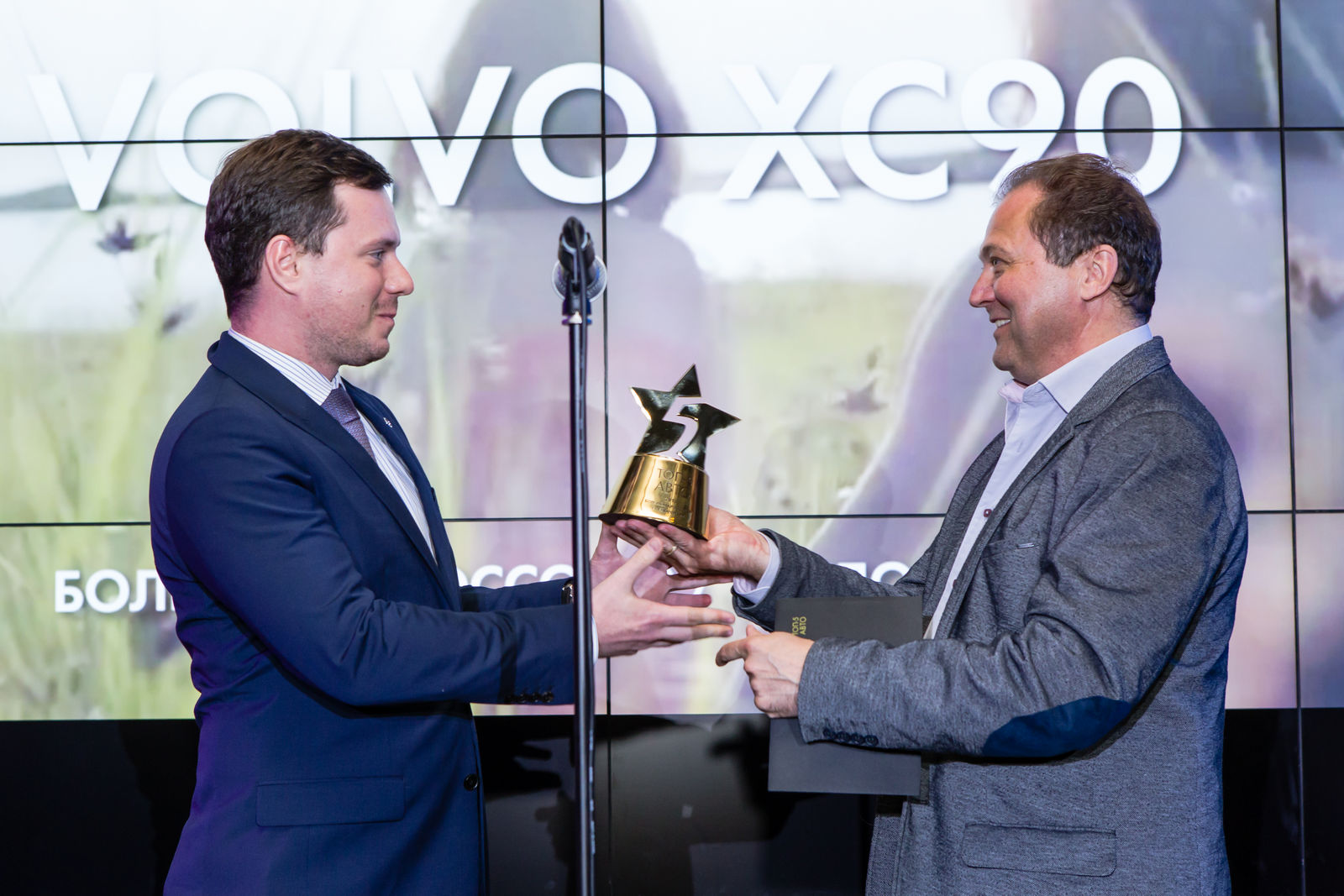 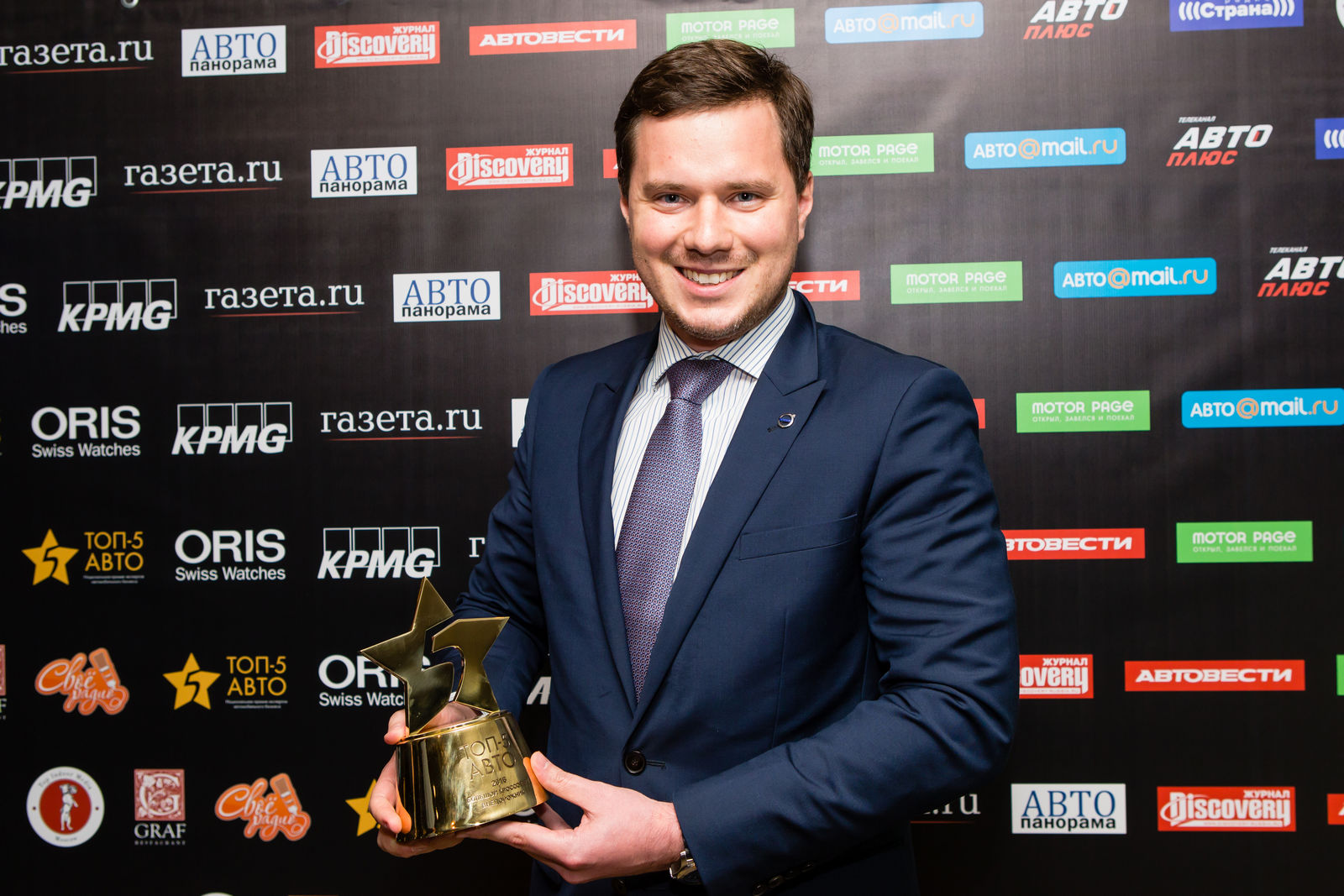 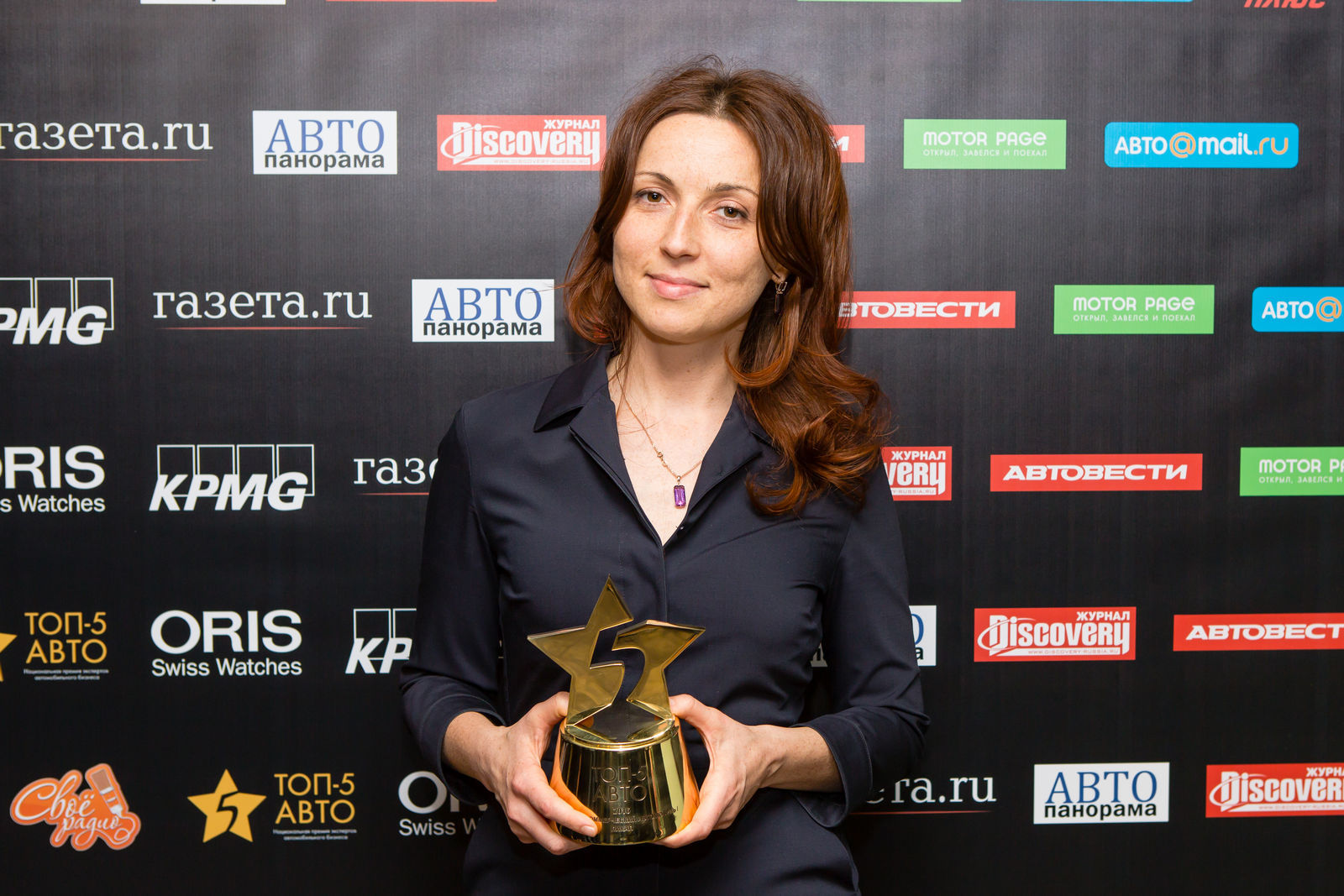 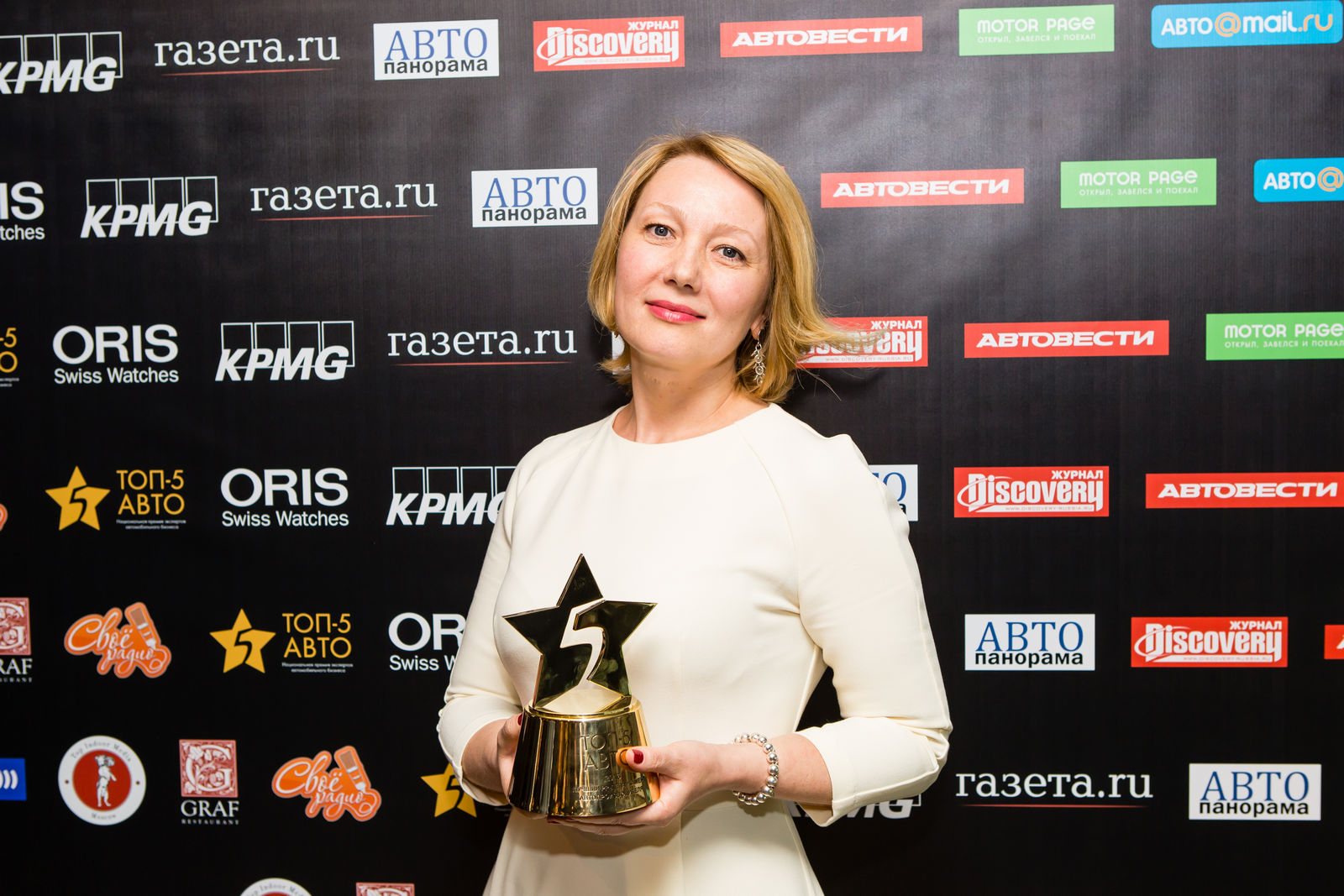 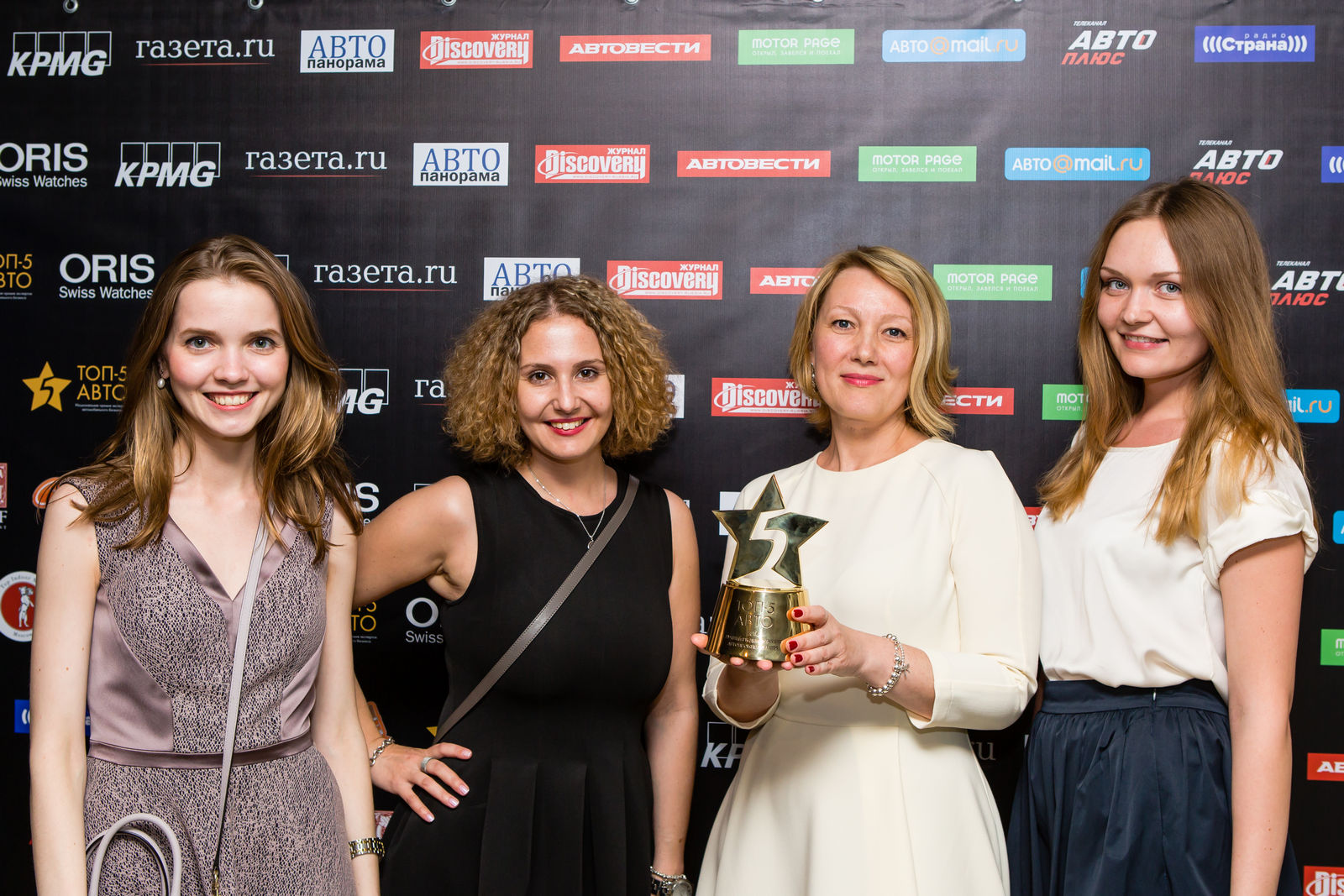 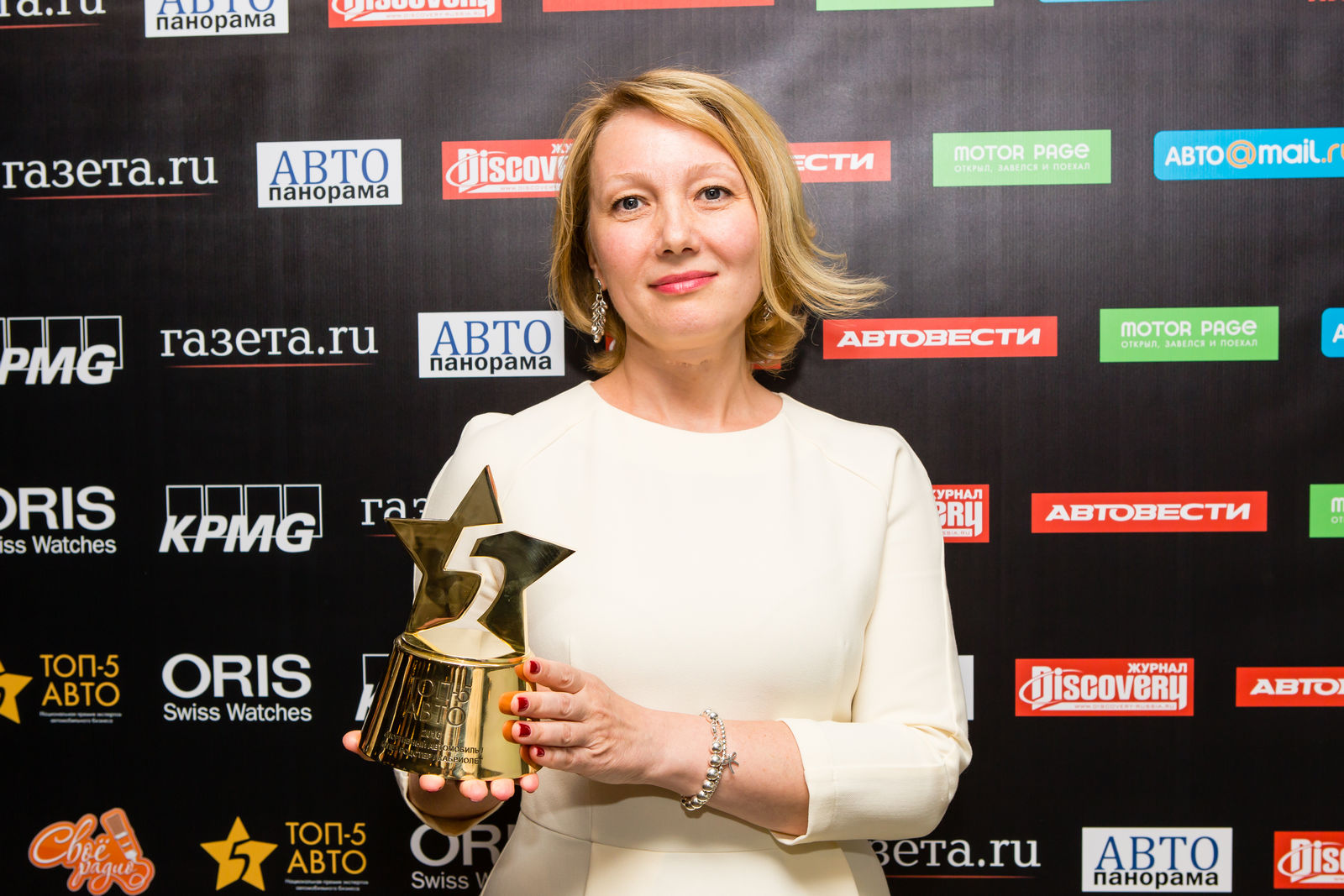 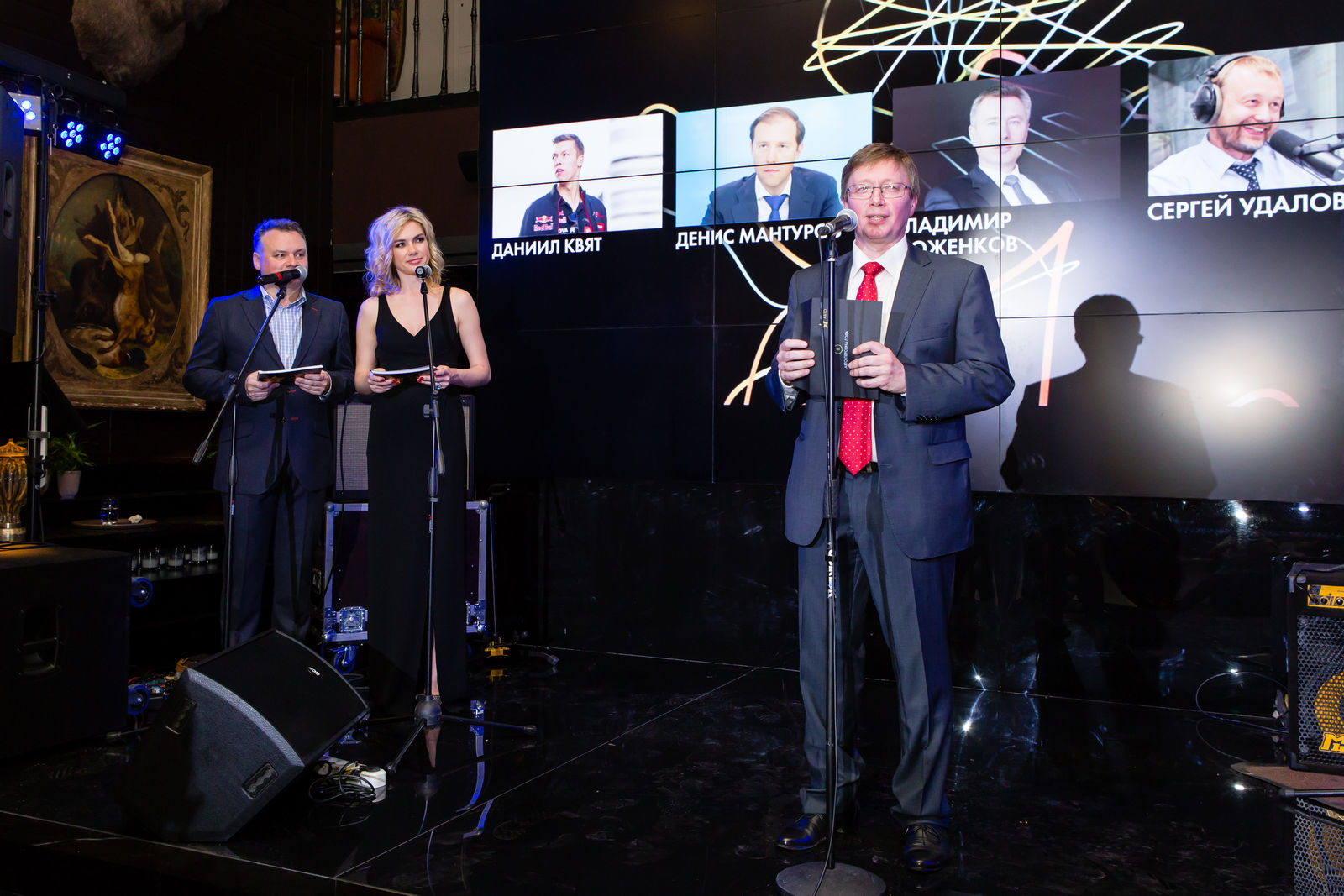 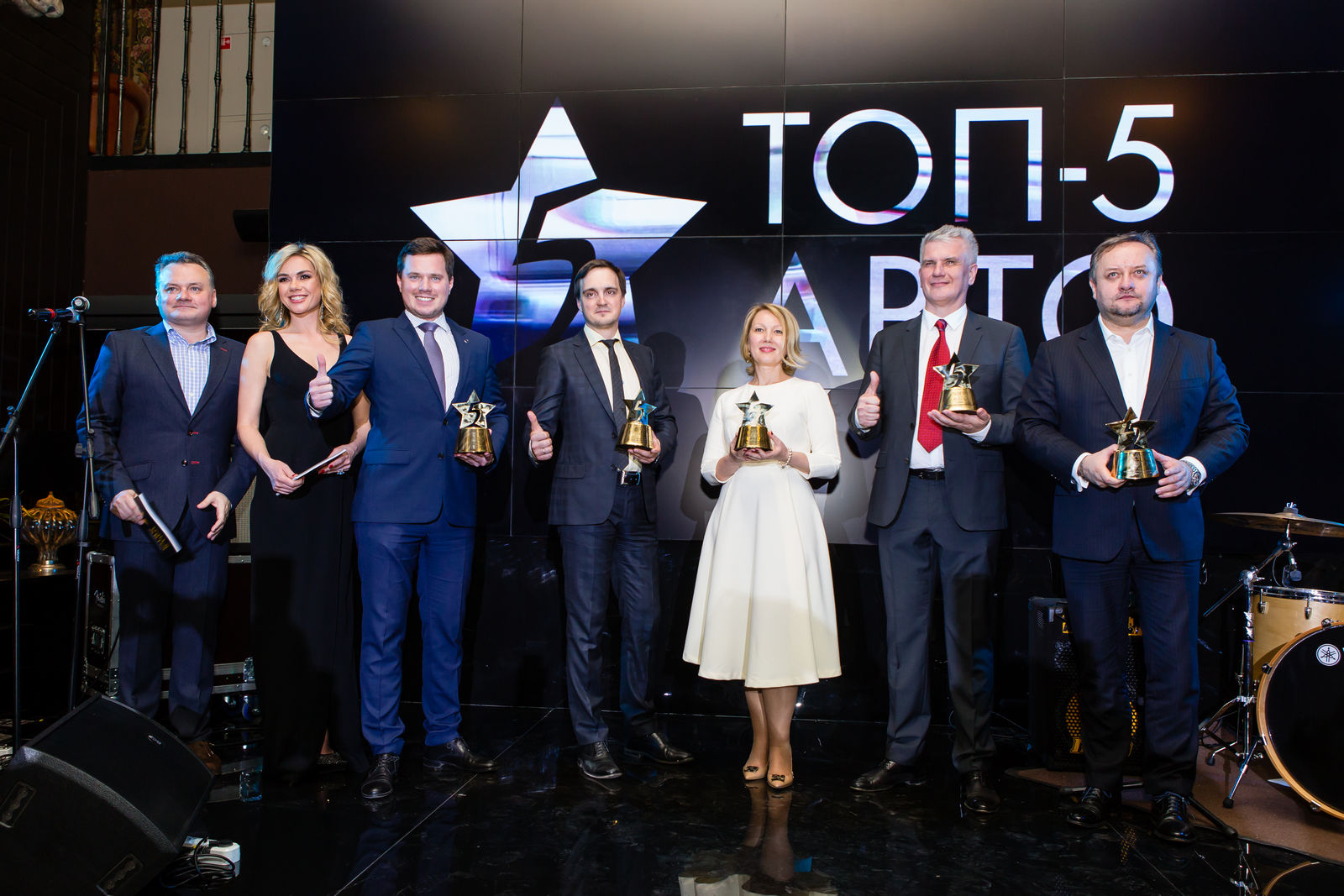